Between December 2018 and March 2019, we spent most our time on the West Coast of Canada. We stayed in a number of different accommodations, from Airbnbs to housesits that we arranged through Trusted Housesitters. We got the chance to take care of some adorable pets and see some places that we wouldn't have visited otherwise. We also got the chance to show Shane's parents around the Rockies on a 3 week road trip. Here are the places we stayed:

Victoria was our first stop on the West Coast, as we took a ferry up from Port Angeles in Washington. It was the first week of December and Christmas activities were in full swing. Everywhere we went there was something festive happening- from a gingerbread house competition, to hot chocolate and cookies at one of the harbour hotels, to old-fashioned carolers on the street corners.

​It was also the first time I had been back to Victoria since University, so I was excited to see if things had changed. For the most part they hadn't- the harbour area is still the main attraction downtown with the impressive Legislative building on one side and the Empress Hotel on the other. A few more high rises have gone up in the city and a few more buildings popped up on campus, but overall the small town feel is still there. The only tragic news is that the bunnies at UVIC have been "removed" and their cute little faces no longer dot the lawns. The best news? Fujiya sushi is still open. They taught me to love sushi and are still as good (and cheap!) as ever. 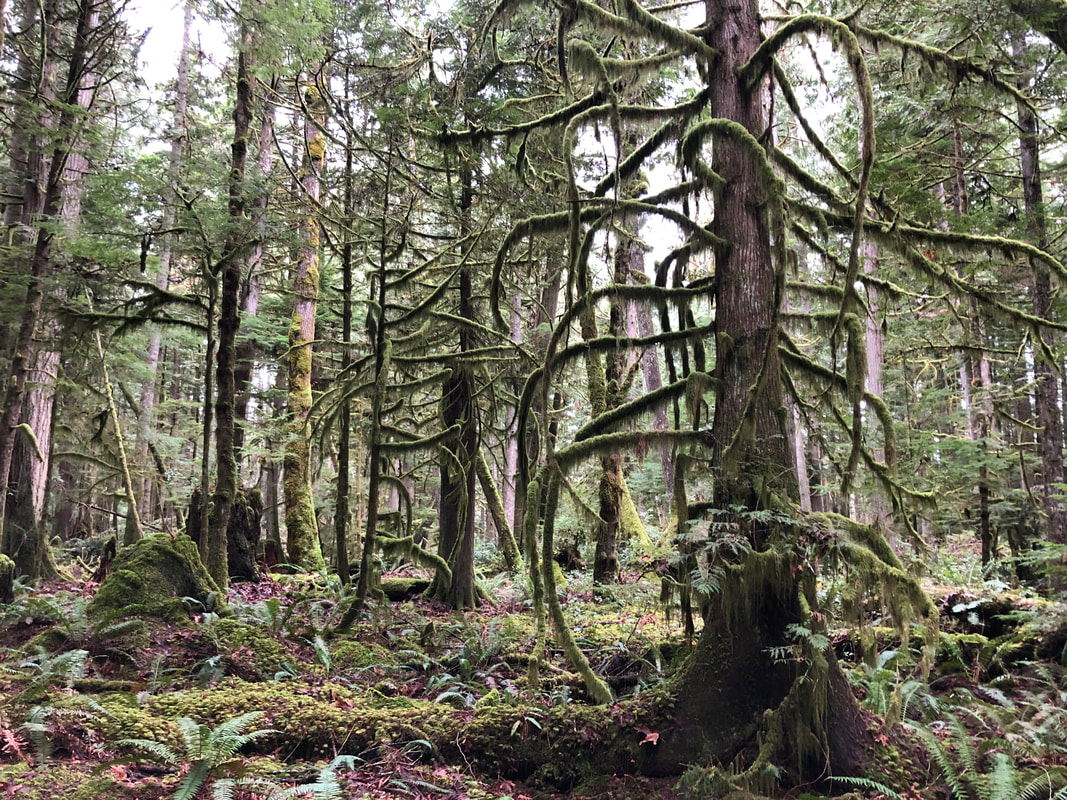 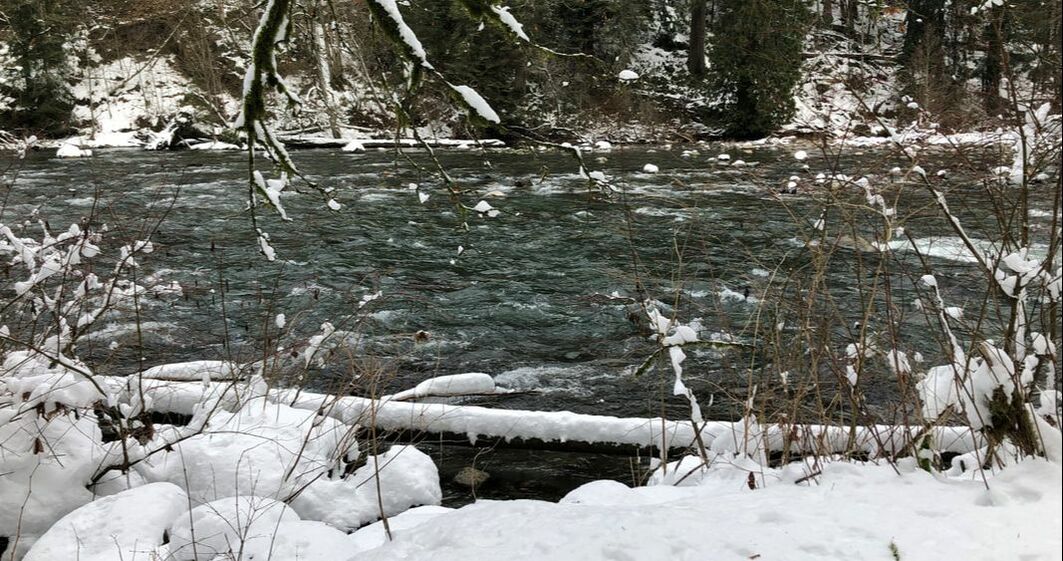 Nanaimo the second largest city on Vancouver Island, and is almost the same size as Victoria. The harbour city is a ferry gateway to a few surrounding smaller islands, as well as Horseshoe Bay on the mainland. On a sunny day, the Harbourfront walk is pleasant and you might even catch a glimpse of something swimming in the water. Head up the hill to the Old City Quarter and enjoy the historic, colourful buildings. We also took a short ferry over to Newcastle Island and hiked the loop trail in a couple of hours. We didn't see the infamous white raccoon, but apparently he's out there. We did catch a glimpse of an otter as it jumped from the shore into the water.

There is something magical about Tofino. Sitting on the beach at sunset, watching the waves and soaking in the tranquility never gets old.  Tofino is where I learned to surf, and of course surfing is a huge draw for people visiting the area, but there is so much more to enjoy. Pacific Rim National Park and the rainforest trails are stunning for day hikes. There are several beaches to explore and the town of Tofino itself is quirky and fun. I've never actually been to Tofino in the summer (I imagine it gets pretty hectic) but part of the charm for me is feeling the volatility of the weather- knowing a storm could start up any moment, feeling the rain in the air but enjoying the rays of sunshine while you have them .

A half hour drive down the road from Tofino, you will find the small town of Ucluelet. It gets less love than Tofino but still has a lot to offer. As we drove into our Airbnb, we could hear the deep, booming call of a seal from the harbour. The town is small and easy to explore, with plenty of coffee shops and little places to eat. The highlights of Ucluelet, however, are its hiking trails. The Ancient Cedars trail will take you through some incredible trees and the Lighthouse Loop trail will take you along the beautiful coast line.

Vancouver is a fabulous city to start any West Coast roadtrip or adventure. The city feels relatively small since the city centre is concentrated onto a small peninsula only a portion of the size of the greater city. There is water everywhere you look which makes nature feel more within reach anywhere you are. A walk along the harbourfront and a visit to Stanley Park are a great way to start orientating yourself with the city. The seawall, totem poles, and pathways attract people year round and offer amazing views of the city itself. Outside the downtown core, the different neighbourhoods all have something to offer and its easy to see that Vancouver is one of Canada's most ethnically diverse cities.

Starting on the toursit trail with Gastown and Granville Island, these areas are full of shops and cafes and things to see. Further afield, Kitsilano and Mount Pleasant are both great neighbourhoods to explore on foot. The craft beer scene in Vancouver is booming and there are countless craft breweries to explore to the east and south of Gastown (just try to avoid the sketchy parts of East Hastings St while you do it).  The sushi is also (in my opinion) the best in Canada. It is cheap, fresh and delicious- any you can find it on almost any street.  If you're into sports, another benefit of Vancouver is that you can watch an NHL (hockey) game for a fraction of the price it would cost you in Toronto.  If you want more nature and to get out of the city for an afternoon, take a bus to Lynn Valley Canyon and hike along the trails. Also north of the city you can visit the Capilano Suspension Bridge or if you are feeling fit, hike the Grouse Grind. 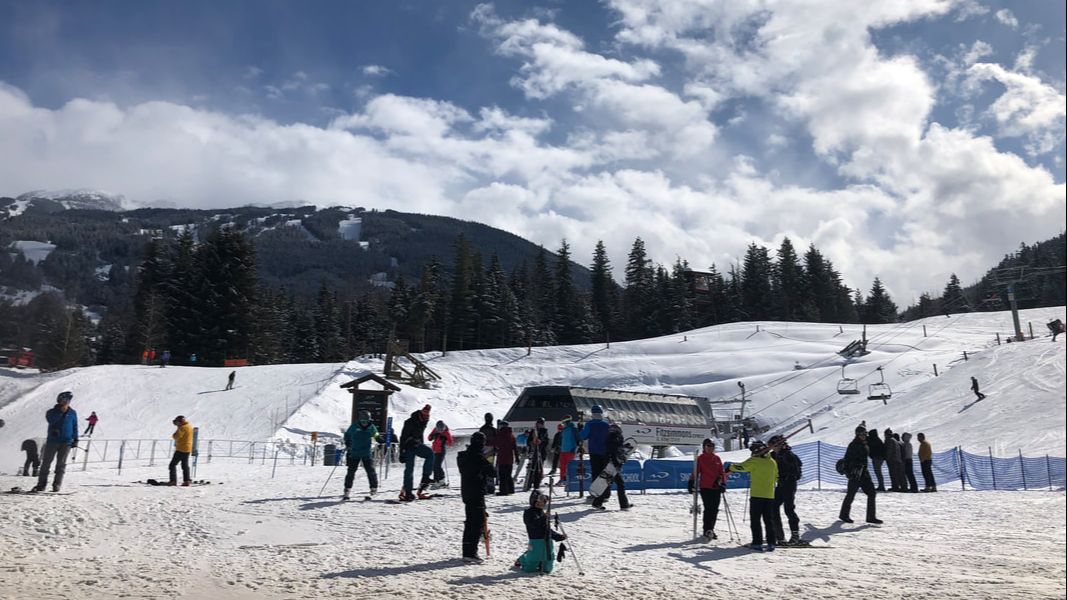 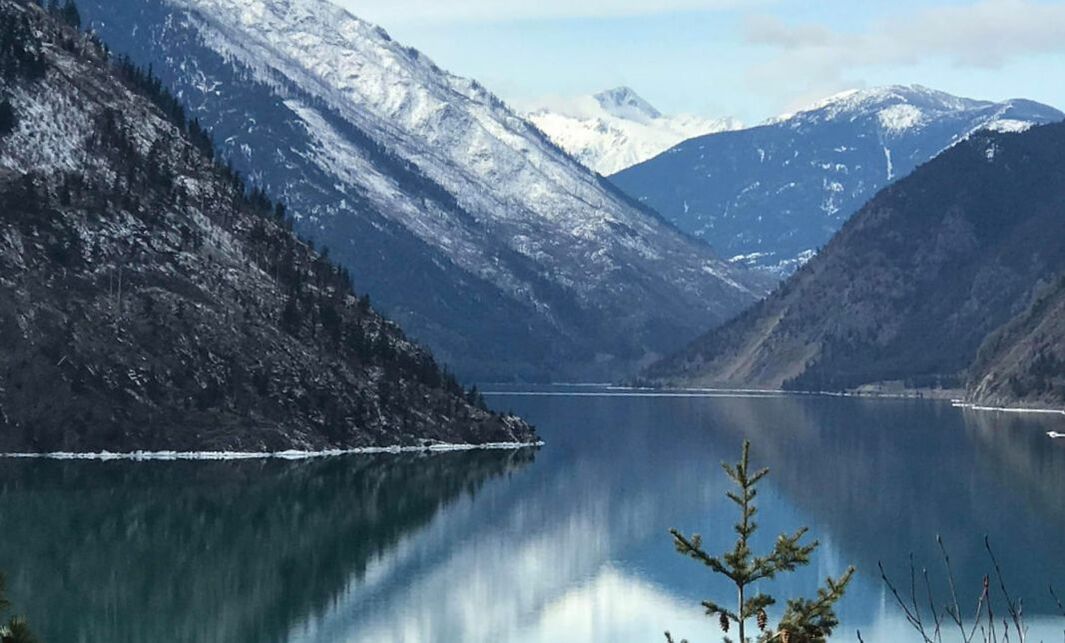 Jasper and the Icefield Parkway were a definite highlight of our trip through the west of Canada. We were concerned about the weather and potential issues with the winter tires on our rental not being sufficient (even in March), but we lucked out with the weather and the roads were almost entirely clear. Jasper is a lovely little town surrounding by breathtaking beauty. Despite the cold and snow, we ventured out to Maligne Canyon and were rewarded with some amazing frozen waterfalls...and some very slippery pathways.

As soon as you leave Jasper heading south on the Icefield Parkway it is obvious why this drive is a must do for anyone visiting the area. Every turn you take reveals another breathtaking viewpoint and another towering mountain ridge. We stopped at every viewpoint and then some. We spotted cat prints in the snow several times but never saw the animals they belonged to. The waterfalls along the way were mostly frozen, but there was something magical about the towering blue ice. A definite highlight was getting out and walking along the Columbia Icefield Glacier.

Driving into Banff on the final part of the Icefield Parkway, it is obvious why these mountains are the icons of Western Canada. We missed out on some of the blue lakes visible in the summer months, but instead got the blue-tinged ice of the glaciers. Stopping first at ​Lake Louise, we were rewarded with a truly Canadian scene. The ice on the lake had been cleared in part and there were skaters in one section and an ice hockey game in another. To top it off, there was a castle built of ice sitting closer to the shoreline.

Banff town is idyllic and it is clear why it is so popular with tourists. The small streets are full of shops selling Canadiana and the buildings are adorable, tucked below the towering mountains surrounding it. The iconic Fairmont Banff Springs overlooks it all from its position across the river and is a sight in itself. The Cave and Basin National Historic Site isn't the most exciting place to visit, but given it is the birthplace of Canada's National Park it is worth the time.

Because of the extreme tourist influx in Banff, we opted to stay slightly further afield in Canmore and were pleasantly surprise by the personality the town had itself. It doesn't try as hard, so you can still find the Canadian souvenirs and cute little coffee shops, but they aren't manicured to the point of looking artificial. The riverside trail and park were great viewpoints for the mountains and for a play in the snow. 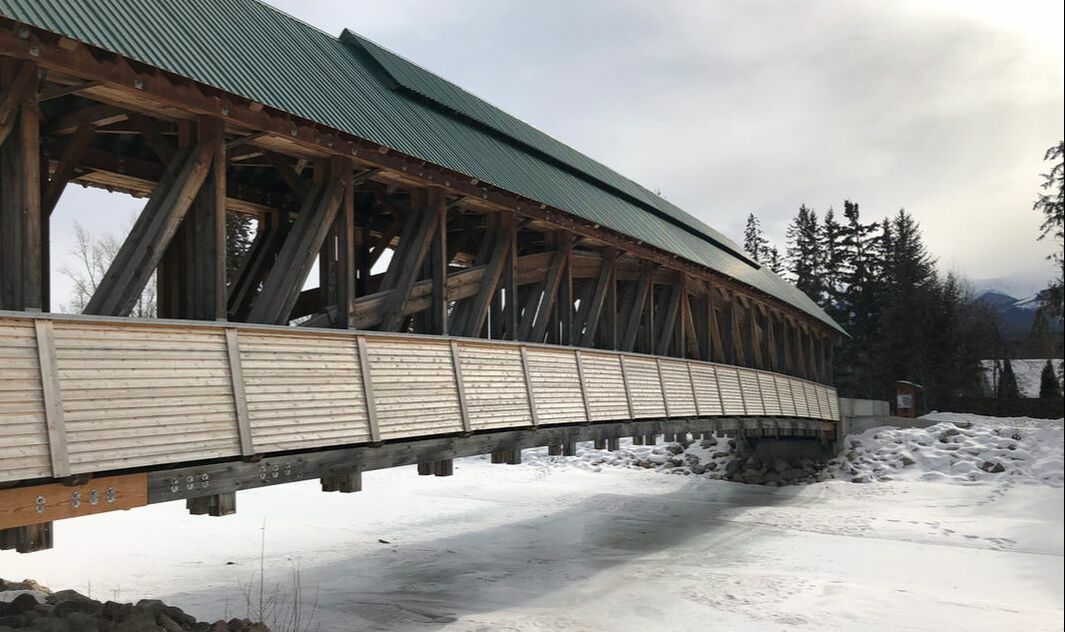 Heading west to Golden from Lake Louise, we stopped first in Yoho National Park to check out the natural bridge. Because the surrounding water was frozen, the small cave that is formed with the bridge as the entrance was full with a frozen waterfall. The weather was starting to turn warm and an eerie gurgling sound could be heard, making you wonder when the frozen wall was going to give way. Emerald Lake wasn't so emerald (it was frozen) but the scenery was still beautiful.

We followed the Kicking Horse River into town and stopped at the unusual but quirky Riverhouse bar, right next to the wooden pedestrian bridge. The town is small but has a brewery and a few nice viewpoints of the surrounding area. Also nearby, about 15 minutes out of town, is the World's Largest Paddle (if seeing enormous versions of things is your thing).

Our trip from Golden to Salmon Arm was less eventful than expected due to the weather. When the snow is still on the ground, most of the trails and boardwalks in Glacier National Park are closed and the priority is controlling the snow and avalanches in the area. We stopped for coffee in Revelstoke (and got to pet a very cute doggo in the local bike store). Downtown Salmon Arm is quite endearing, with its bakery, brewpub and a candy store. The sun was shining so we walked along the pier over the still frozen water. We stopped by DeMille's Farm Shop to see the animals and browse through the food on offer at the store. On our way out of the city we stopped in nearby Vernon to walk the mural trail. 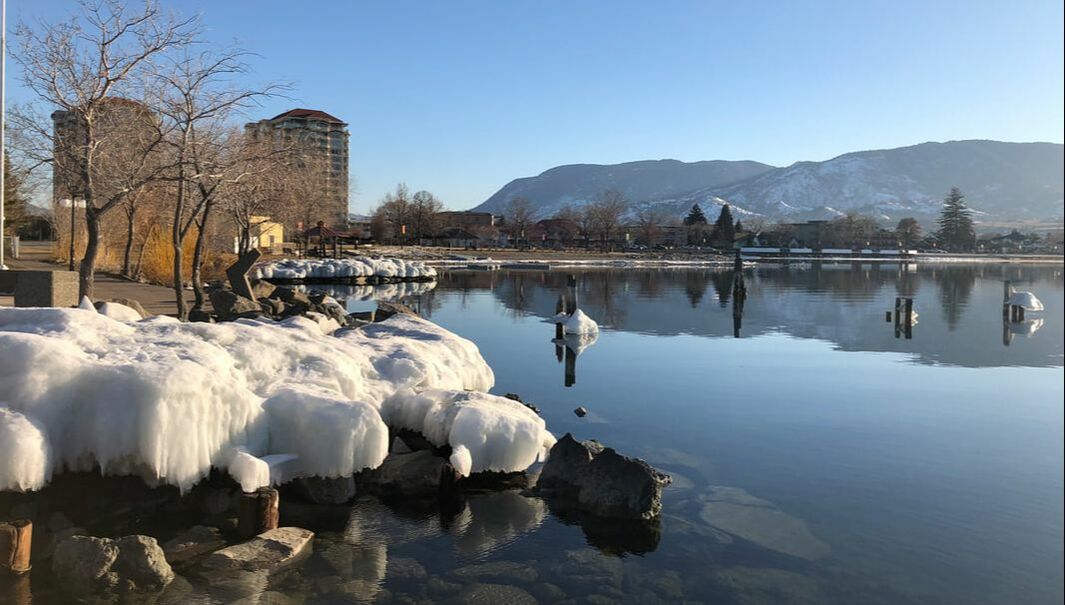 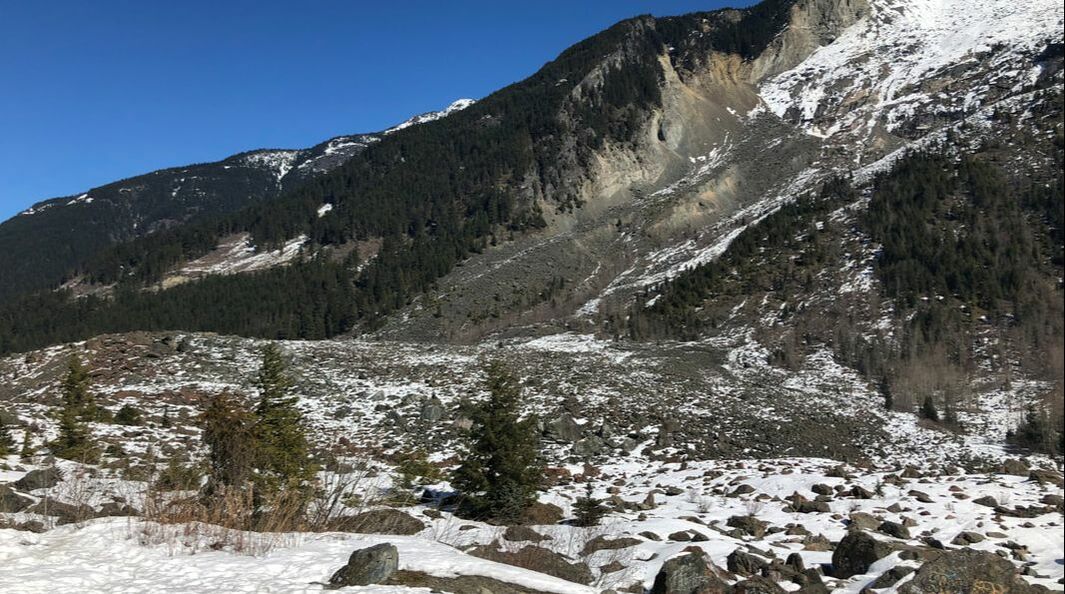 Hope was our final stop in BC before heading back to Vancouver to fly out. On the way into Hope, we stopped at the site of the Hope Slide- the largest recorded avalanche in Canada, estimated at 47 million cubic metres.  The town itself is small and located on the Fraser River. The town is full of wooden chainsaw carvings, created each year in the annual carving competitions (some say Hope is the chainsaw capital of the world, while Chetwynd, BC claims they hold this title).
​
Nearby there are several other attractions.  Located 40 minutes north along the Fraser, Hell's Gate is a narrowing of the rock walls of the river that forces the water through an area only 35 meters wide. In Coquihalla Canyon Provincial Park, 15 minutes east of the town, you will find some nice hiking trails and the Othello tunnels, which were created in the early 1900s by the Canadian Pacific Railway. Another short drive 10 minutes west of the town and you will find the lovely forested area that holds Flood Falls. On the drive back to Vancouver we stopped to see Bridal Veil Falls, Cascade Falls and the (less notorious) Westminster Abbey in Mission.