Around The World In A Year

(...well...a good part of it anyways...)
check out our most recent travel map here

We have been talking about doing a big trip for over a year now...a kind of final hurrah before we consider staying in one place for awhile and trying to be real adults. We want to make it count so we are trying to cover off as much ground as we can between April 2017-April 2019.

The plan?
Travel for one year with Canada as the destination, then spend a year in Canada before heading back to Australia. We have tentatively planned to visit the below countries and cities, but know this will change as we go. It will depend on money (we have budgeted about $40 a day to live on, so that should be interesting), recommendations from other travellers, and trying to cover off a few bucket list items.
​
We are leaving Sydney for Jaipur, India on April 9th and aim to be in Canada by March 2018. We will document our travel routes, top picks, and any other random happenings on here so stay tuned.

We arrive in Jaipur in the early hours of April 10th. We have three days to see the city then head to Agra to check the Taj Mahal off Shane's bucket list. From there we head to Bandhavgarh National Park with hopes of seeing a tiger in the wild (sadly one of the last places in the world you can do this). Then onward to the South, where we will have about 3 weeks to make our way to Goa or Mumbai for a flight to Amman. 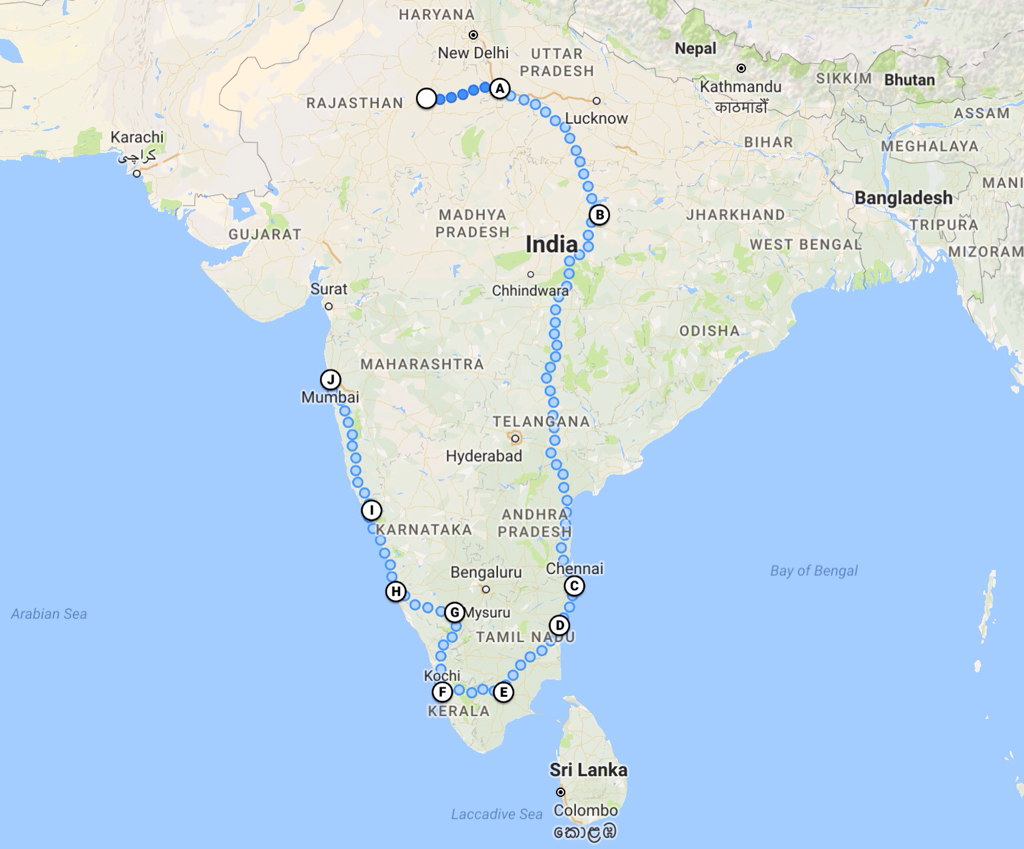 These countries are still a bit tentative, depending on the safety risk we foresee in May. We hope to visit Amman, Petra, Wadi Rum and the Dead Sea before crossing by land to Israel to visit Jerusalem, Bethlehem and Tel Aviv. We have chosen to do Jordan first because of possible issues travelling from Israel into Jordan (although new passport procedures should mean this is no longer an issue). 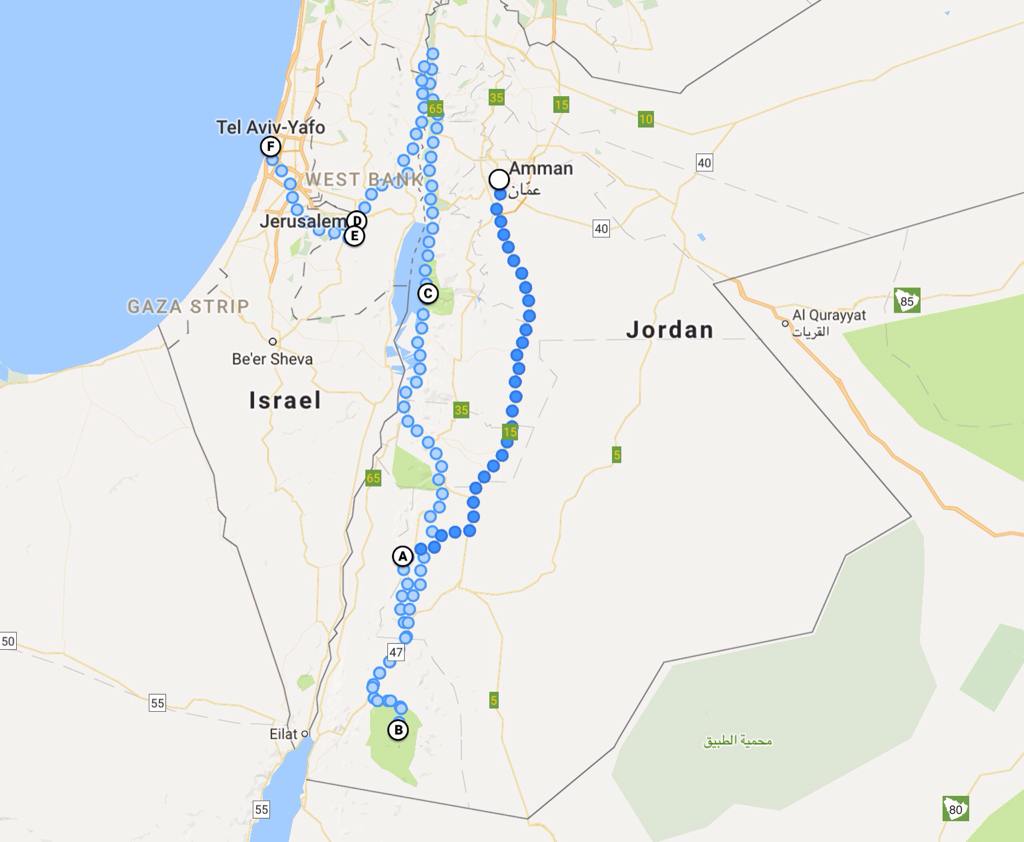 We met in Africa (on June 1, 2014...isn't that a happy coincidence) on a tour through South Africa and Namibia and both rate it as one of our top travel experiences. We figured we better go back and try to cover off a few more countries in the East. We will be here for both of our birthdays in July- somewhere near the Serengeti for my birthday on July 6 and on a Gorilla trek in Uganda for Shane's on July 21. 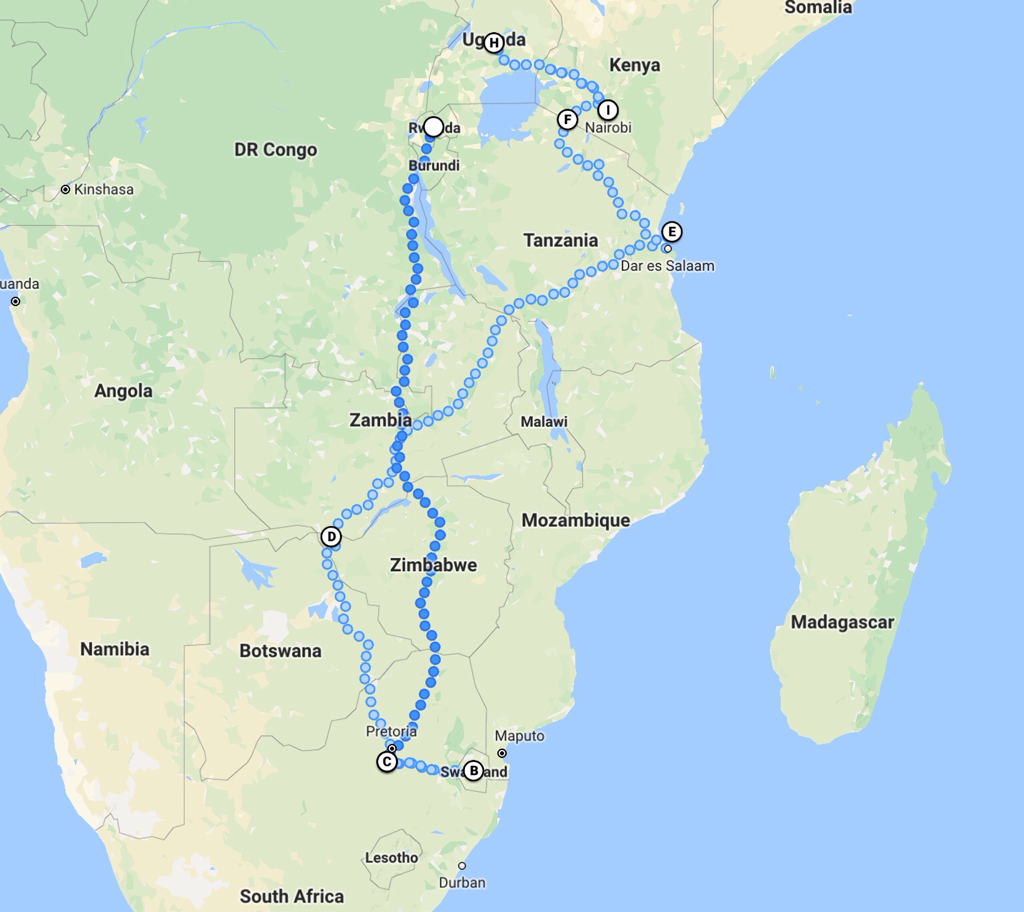 ​This is when the planning stops and the "let's see what happens" really begins. We fly from Nairobi to Fortaleza on July 31 and have a 3 month visa for Brazil. We want to take some time, find a place we like and hopefully be able to take the time to live Iike locals for a while. 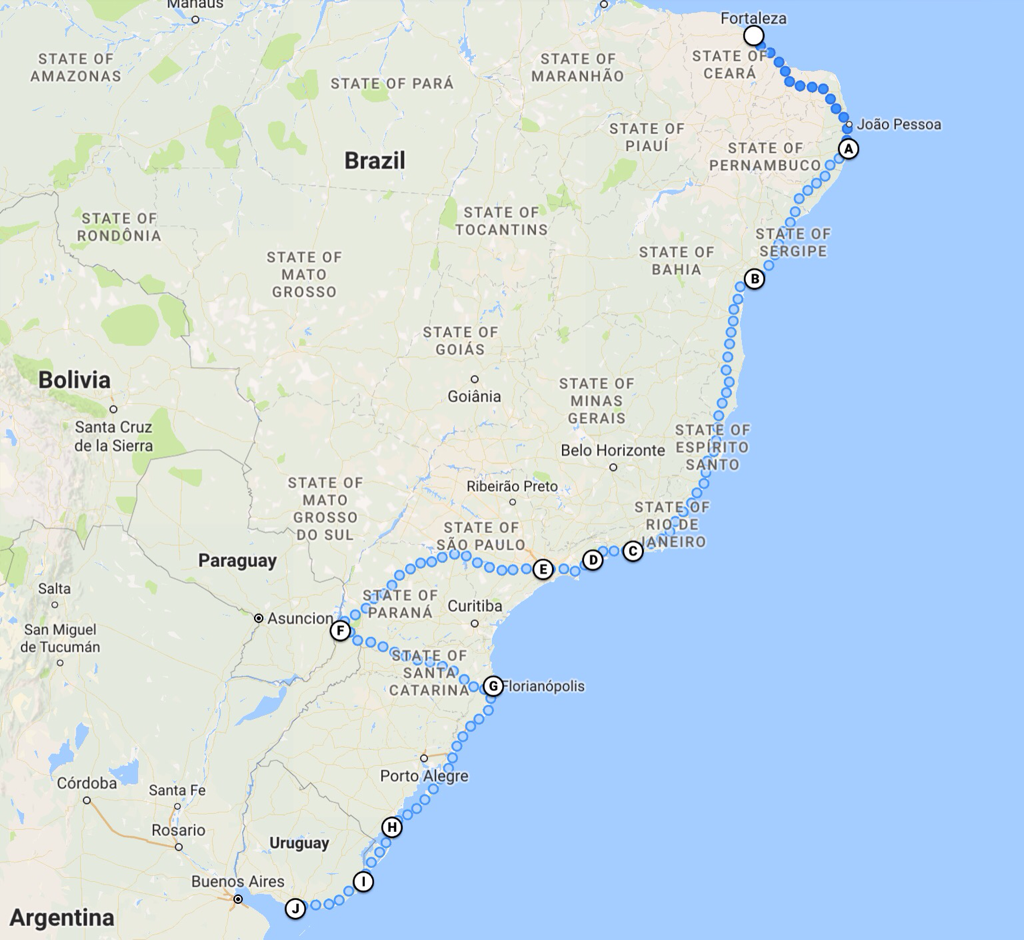 The Rest of South America

We then have about 2 months to make our way up through the rest of South America to Central America. Patagonia is on my hit list and Machu Picchu is on Shane's. I'm also very excited to check out Colombia, as I've only heard great things over the last couple of years. 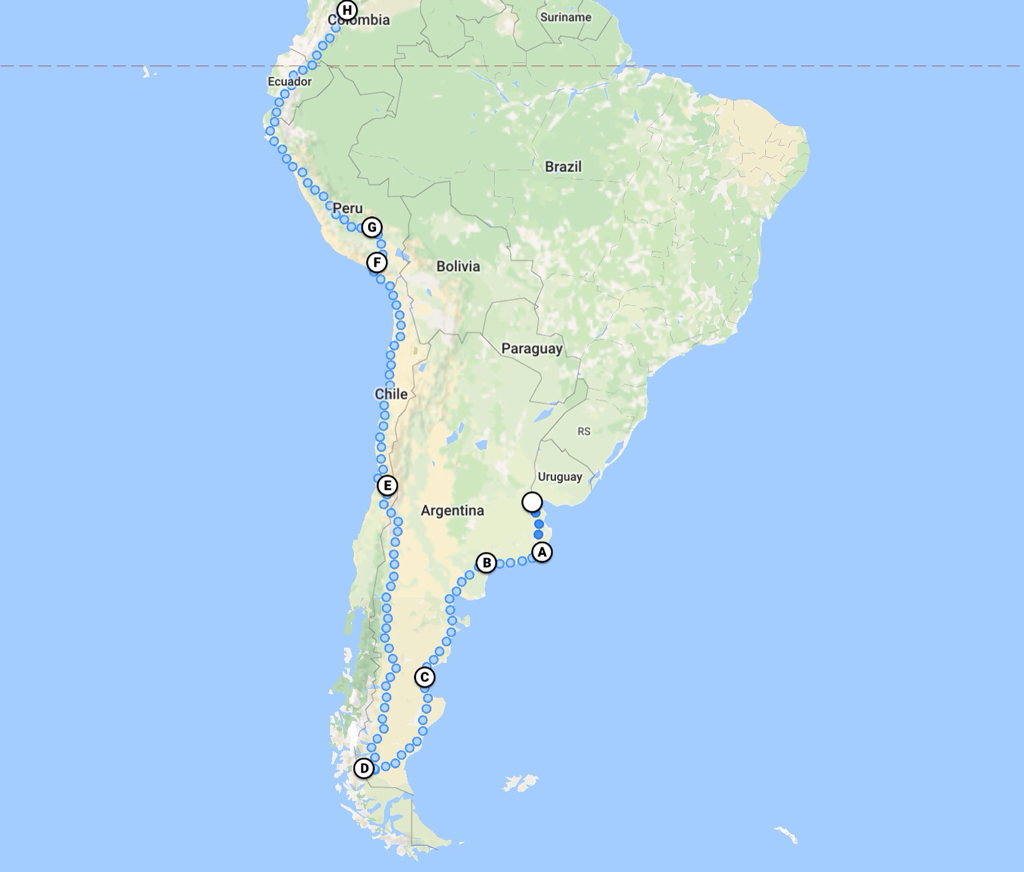 The last leg of the journey before we reach Canada will be Central America. My parents are planning to meet us somewhere in January for a couple weeks and the we will continue up into Mexico to visit Chichen Itza. 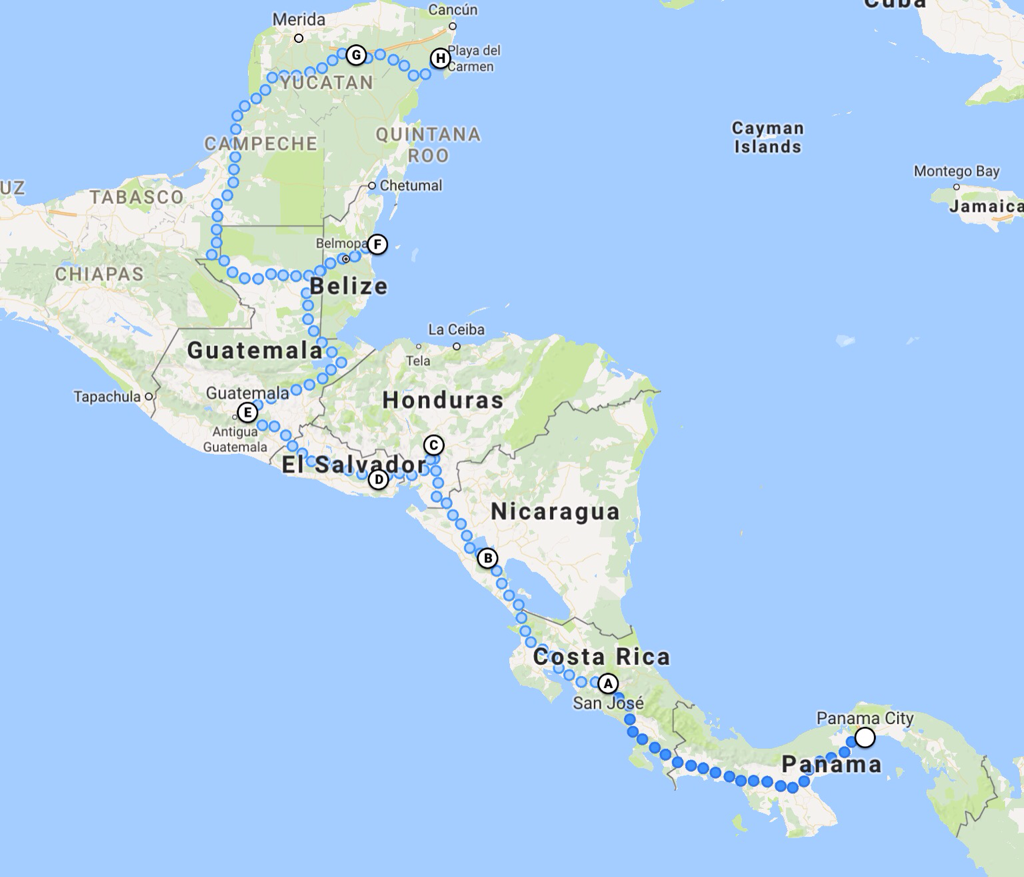 And finally...we will arrive in Canada. We will likely fly into Toronto so I can see all my lovely ladies and visit with friends before making our way to the West Coast. I'd like to buy a car and make the drive so we can stop along the way and visit my brother and his wife and some stops along the way to BC. But again, we will see where things take us! 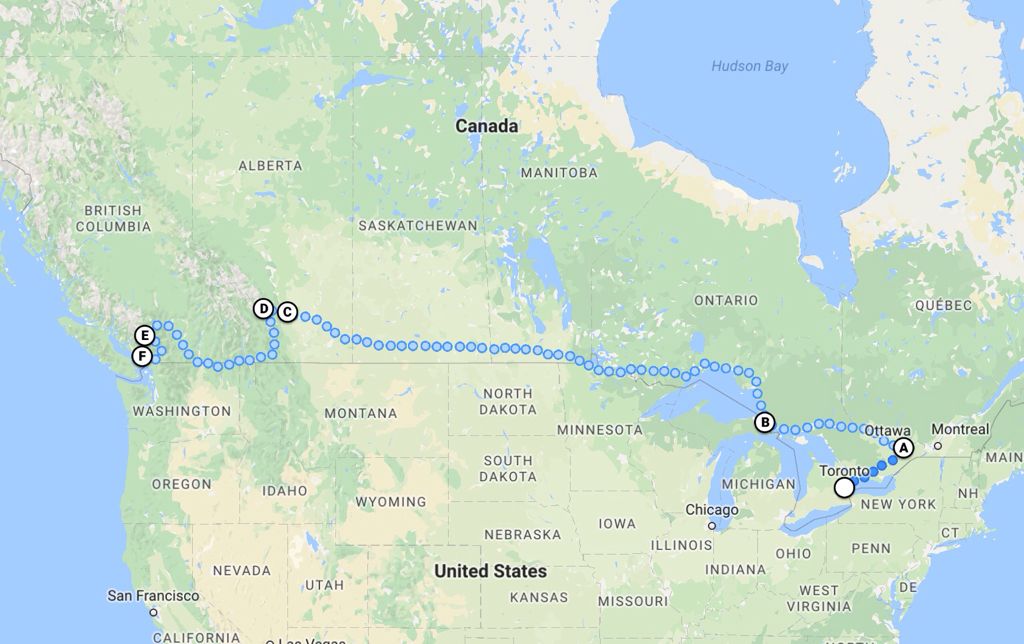 If the stars align (and by that I mean we aren't flat broke) after a year travelling and a year in Canada, we hope to do 4-6 months of traveling on the way back to Australia. We would like to do some of the USA, Eastern Europe, and catch the Trans-Siberian train from Russia, through Mongolia, to China. From there we would make our way down to Australia. But that is two years from now, and who knows what will happen in that time...