After only a very brief journey to Brunei it didn't feel quite fair to write our top 5 favourite picks. So instead, here are the things we managed to squeeze into 24 hours: 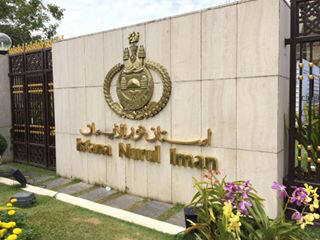 ​Want to meet the Sultan or Queen of Brunei? We honestly didn't even know it was an option but lucked out and arrived in Bandar during the 3 days a year that Sultan Hassanal Bolkiah and his wife Queen Pengiran Anak Saleha open up their residence, Istana Nurul Iman, to the public. Not only do they open it, they put on a pretty impressive spread for anyone who comes by for a visit. We were greeted with a series of food stands serving up lamb, prawns, and the works. We then joined the massive queues of people waiting to meet the Sultan and Queen. We had to split up because only the men can meet the Sultan and only the women meet the Queen. It soon became obvious that the queue for the women was A LOT longer than the men, probably because they had all their children with them (rumour has it that the Sultan gives each child a small envelop with money in it). It took nearly 3 hours to get through to the final waiting room to meet the Queen. We were rewarded with a gift of cookies and orange ginger cake, and a certificate saying we had been there. Be prepared for a wait and for a lot of Brunei pop music videos while you wait. Entering the small, but elaborate, room with the Queen, she asked me (the obvious misfit among the crowd) where I was from...
Queen of Brunei: Where you from?
Me: Canada
Queen of Brunei: Why are you here?
Me: Oh, just visiting.
(Probably not the most impressive answer but it's all that came to me on the spot...I wasn't really expecting her to talk to me since she silently stood there while everyone else passed by and kissed her hand).

​The Mosque is a truly impressive building and the surrounding grounds are beautiful both in the day and at night. A must visit for anyone in Bandar. We weren't able to figure out the opening hours, since we were their during their religious festival, so we didn't get to go inside. There is a small footbridge over the water behind the Mosque that leads to one of the stilt villages. 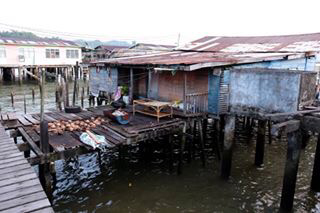 The stilt village of Kampong Ayer was a wonderful surprise. We wandered down to the river on the city side and hailed a "taxi" boat. It should only cost $1 to get across to one of the little jettys on the other side. The village is made up of stilt house of varying sizes and states...some are quite impressive while others are in ruins. There were a lot of cats along the walkways that join the houses together, along with a few birds in cages and even a pet monkey. It is an amazing contrast to the modern and tidy city of Bandar. 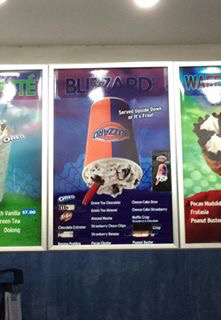 OK, so it's not really a local landmark but I was pretty excited to see DQ since they don't have them in Australia and I enjoyed all $7.50 of the Oreo Blizzard. You can also get an ice cream cake if you have a spare $75. 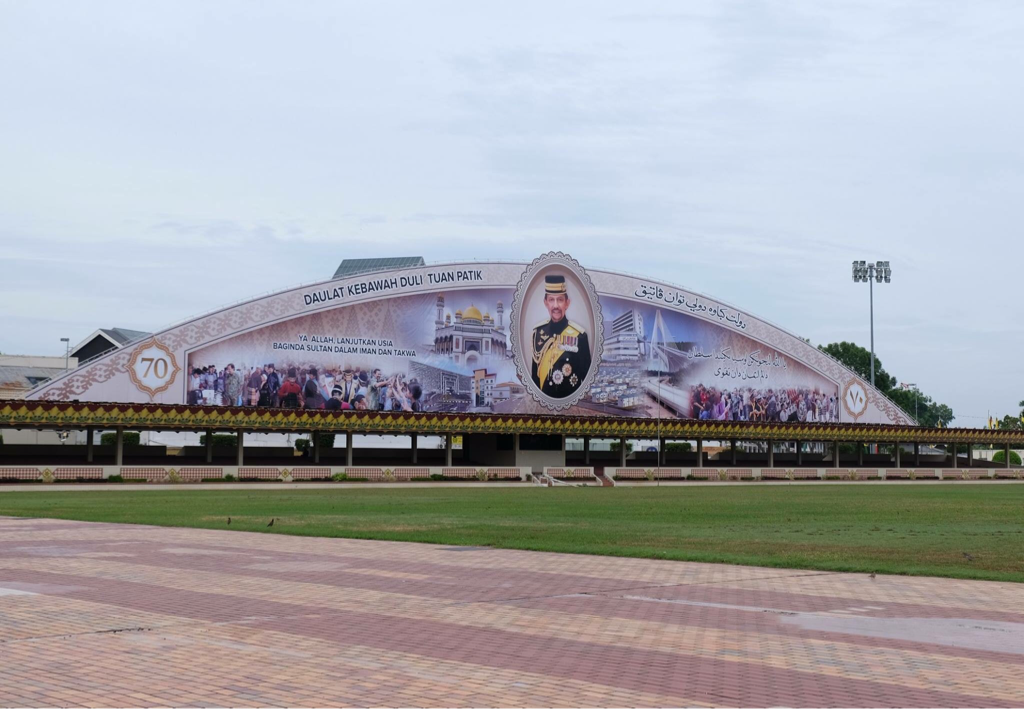 ​We walked through the stadium grounds a few times on our way to and from places in the city centre. There wasn't much going on but the massive portrait of the Sultan overhead made it clear it was a place where people must gather for large events.