Bosnia and Herzegovina is full of some unique places- from the street corner in Sarajevo, where Gavrilo Princip fired the shot that started World War I when he killed Archduke Franz Ferdinand, to the self-proclaimed pyramids in Visoko that are said to be larger and older than the pyramids of Egypt. It is full of understated natural beauty, breathtaking expansive views and a mix of architecture from the three main demographic groups- Bosniaks generally associated with Islam, Bosnian Croats with the Roman Catholic Church, and Bosnian Serbs with the Serbian Orthodox Church. Bosnia and Herzegovina is beautiful and safe to visit, but is sadly still recovering from the atrocities of the 1992-1995 Bosnian War.
​We travelled into Bosnia and Herzegovina by small local bus, riding the 40km from Herceg Novi to Trebinje. Split across the banks of the Trebišnjica river, this small, quiet city is landmarked by its vaulted stone bridges, joining the two banks of the river, and the Hercegovačka Gračanica monastery, situated above the city on ​Crkvina Hill. There is also a lovely walled Old Town that dates back to the 18th-century Ottoman period. It is a city best explored on foot, at a slow meandering pace.
Next, we based ourselves in a hostel in Mostar to be closer to some smaller places we wanted to visit. We did a day trip to Studenci, Pocitelj, and Blagaj, which included just over 100km of driving. Studenci's main drawcard is the ​Kravica Waterfalls. Kravica in Bosnian translates to "cow", and the story goes that a cow fell in the river upstream and was assumed dead, until it was found again at the bottom of the waterfall. Despite the weather being cold and rainy when we visited, the waterfalls were beautiful and an impressive 120m wide. You can swim in the water below them, so in warmer months it would be a welcome escape from the heat (although much busier). 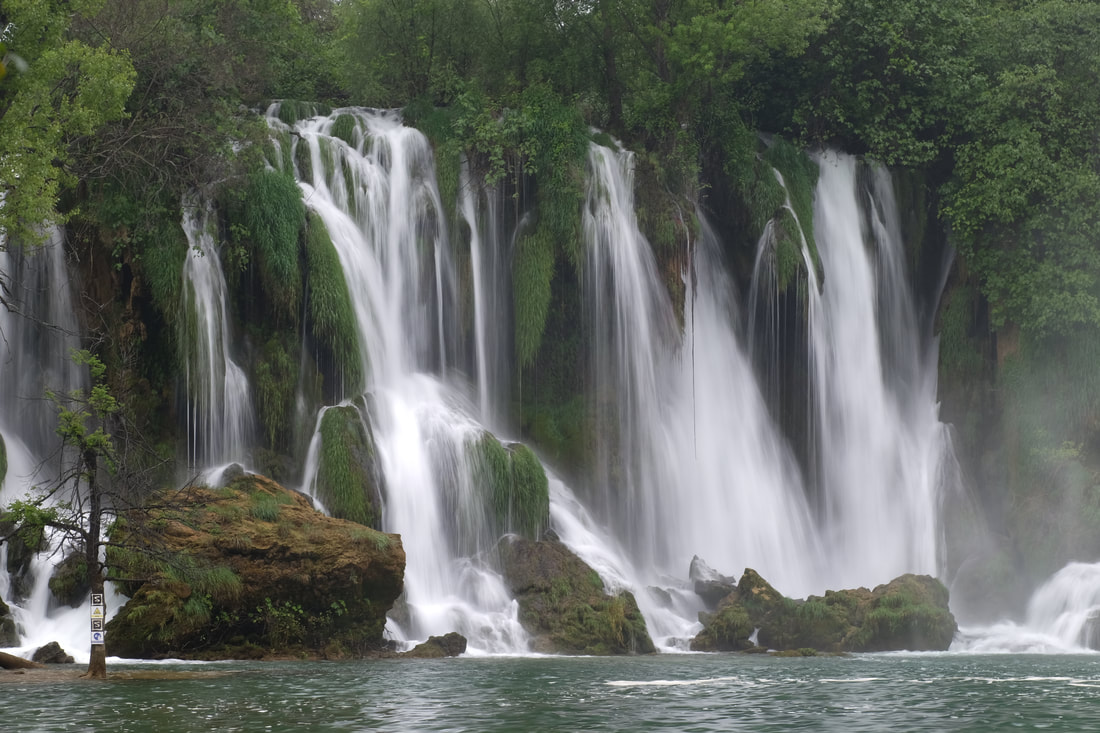 Pocitelj is like a page from a storybook brought to life, which is likely why it is a UNESCO protected ​historic urban site. ​As you wander up and down the tiny cobblestone streets (mostly up, since the village is located on the side of a hill), you will discover hidden charm around every corner. From the ruins of an old tower that you can climb without restraints (and could easily fall down the middle of since there are no nanny-state guardrails to be seen), to views of the Neretva river below, everything about it is picturesque. I desperately wanted to see inside one of the adorable stone houses, just to see if the magic continued inside. 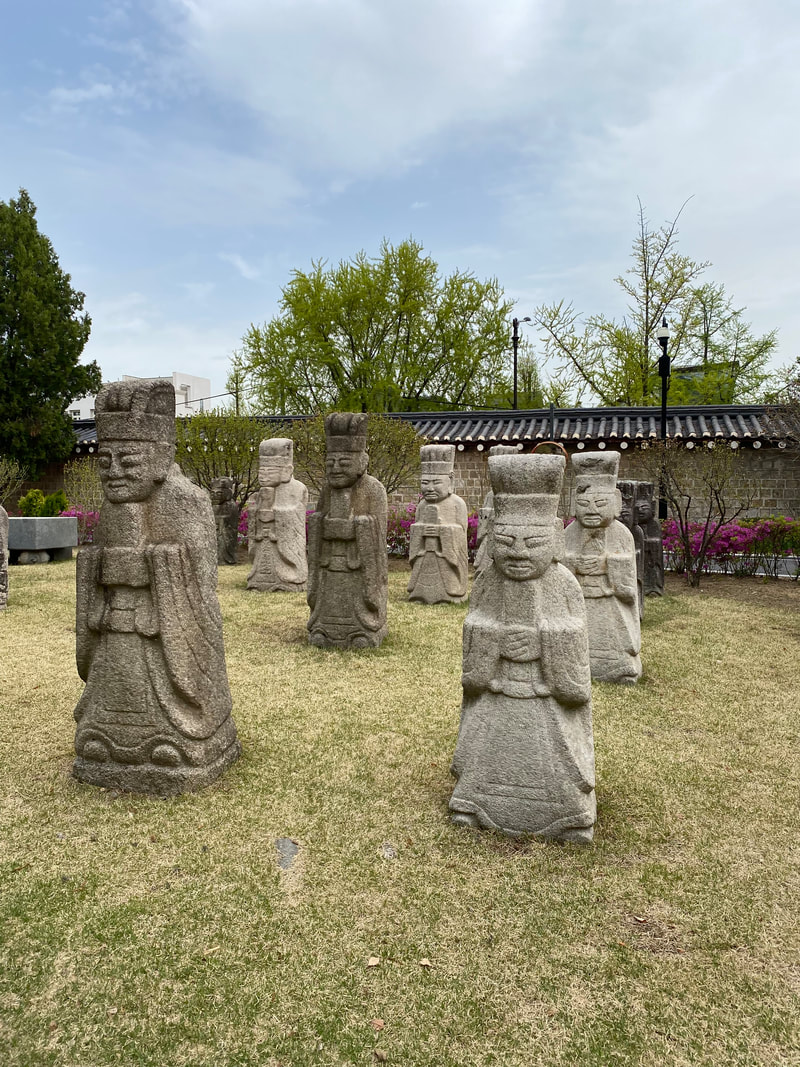 The main attraction of Blagaj is the view of the Blagaj Tekke monastery, situated under a cliff on the Buna river. This Dervish monastery is almost 600 years old, but has been repaired from damage caused over time by fallen rocks. The tekke's position at the mouth of a cave is attributed to the strand of Islam that the Dervishes follow, which includes long periods of meditation and the peaceful contemplation of nature.
Mostar is one of the most well-known cities of Bosnia and Herzegovina, most notably because of it's main bridge- Stari Most- that connects the two sides of the city. The 427 year old bridge was destroyed in 1993  by Croat paramilitary forces, but was rebuilt and reopened in 2004.  The bridge is 24m high and it has become a rite of passage for young men of Mostar to jump off the bridge to prove themselves as a man. The Old Town of Mostar is more touristy than other towns, filled with restaurants and souvenir shops, but still maintains its original charm.
Sarajevo is the country's capital and largest city, but has a population of only 550,000 in the greater area. Bosnia and Herzegovina consists of two geographic regions - Bosnia (in the north, east and centre) and Herzegovina (in the south west). Between 1918 and 1992 Bosnia and Herzegovina was part of Yugoslavia. On 3 March 1992, Bosnia and Herzegovina became an independent state but was boycotted by the Serb minority. The Bosnian War followed from 1992-1995 between the Bosniaks (Bosnian Muslims), Serbs, and Croats within the country. More than 100,000 people were killed and 2,000,000 people displaced during this time.

After being initially besieged by the forces of the Yugoslav People's Army, Sarajevo was besieged by the Army of Republika Srpska (commonly referred to as the Bosnian Serb Army), from April 5, 1992 to February 29, 1996 (1,425 days- the longest siege of a capital city in the history of modern warfare). A good starting point for understanding this city is the Martyrs' Memorial Cemetery Kovači, the main cemetery for soldiers from the Bosnian Army who were killed during time, as well as many of the other victims. During the siege, sniper fire was common and an average of 329 grenades struck the city each day. It is estimated that 11,541 residents, including 1,500 children, died as a result of the attacks. 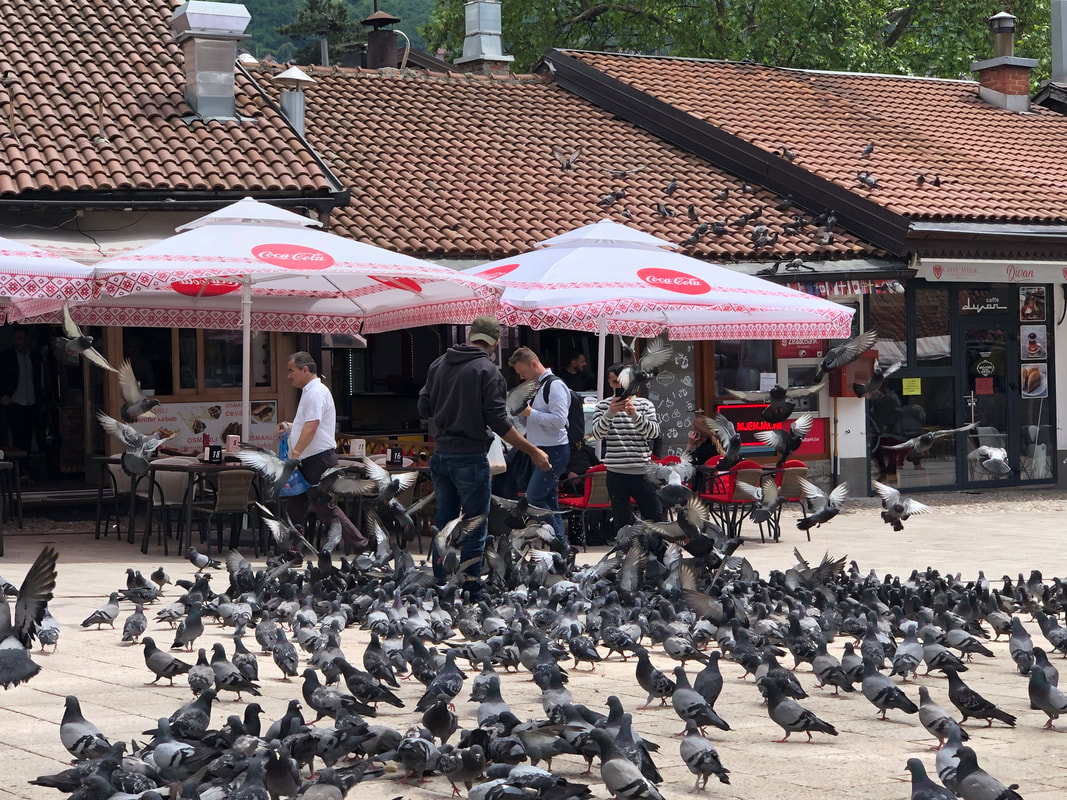 As a day trip from Sarajevo, we took a local bus to the small town Visoko to investigate firsthand their unusual claim to fame- a series of pyramids and tunnels that are said to be larger and older than the pyramids of Egypt. We started at the top, with the Pyramid of the Sun, which was a bit tricky to find on foot but once we located the entrance, we were greeted with several large sign boards explaining the site and the scientific research that had been done to prove its authenticity. The Pyramid of the Sun measures over 270m high, and therefore claims to be the largest pyramid in the world (the Great Pyramid of Egypt is 146.7m). The Pyramid is said to be between 12,00-15,000 years old (Egypt's Pyramid of Djoser dates back to only c.2667 – 2648 BCE, so less than 5,000 years old), making it also the oldest pyramid in the world. The other pyramids include The Pyramid of Moon (measuring 190m high),The Pyramid of the Dragon and two "shaped hills" named the Pyramid of Love and the Temple of Earth. There is also an underground labrinyth of tunnels that is still being unearthed and is said to connect the bases of the pyramids.

The sides of the Pyramid of the Moon claim to be perfectly oriented toward the cardinal points (north, south, east and west). The labyrinth site claims the evidence of two civilizations: the first who built the tunnels and pyramids 30,000 years ago and the second that sealed off the tunnels 5,000 years ago. Negative ions in the tunnels have drawn people to sit around the megalits inside or drink the water from within because of it's healing properties. One volunteer at the site explained to us first hand how working in the tunnels had cured her of disease.

While there are many claims worldwide that the entire site is a hoax, and there is no funding to actually prove once and for all that there is any truth to it, the passion and enthusiasm of the people working here makes you want to believe it's true. If nothing else, the site seems to have given locals something to believe in and to bring them together, which can't be a bad thing in a country that has suffered through so much.
Our final destination in Bosnia and Herzegovina was Višegrad, a small town in the east, situated at the confluence of the Drina and the Rzav rivers. This quiet, transqil town's most iconic feature is the Mehmed Paša Sokolović Bridge, built at the end of the 16th century. The 179.5 m long bridge across the Drina River is on the UNESCO Heritage list and incorporates 11 masonry arches with spans of 11m to 15m. It is a representative masterpiece of Sinan, one of the greatest architects and engineers of the classical Ottoman period.

​Višegrad also has a dark past, and was the location of the Višegrad massacres at the start of the Bosnian War. Acts of mass murder were committed against the Bosniak civilian population here during the ethnic cleansing of eastern Bosnia by Serb police and military forces during the spring and summer of 1992. It is estimated that 3,000 Bosniaks were murdered during the violence in Višegrad and its surroundings, including some 600 women and 119 children.

But now Višegrad is also continuing to build and focusing more on the positives that define them.  Andrićgrad is a construction project located on the town's small peninsula, created by film director Emir Kusturica. The project (that's name means "Andric's town") is dedicated to Yugoslav novelist and Nobel Prize winner Ivo Andrić, who wrote The Bridge on the Drina. Construction started on June 28, 2011, and was officially opened on June 28,  2014, on Vidovdan, a Serbian national and religious holiday. 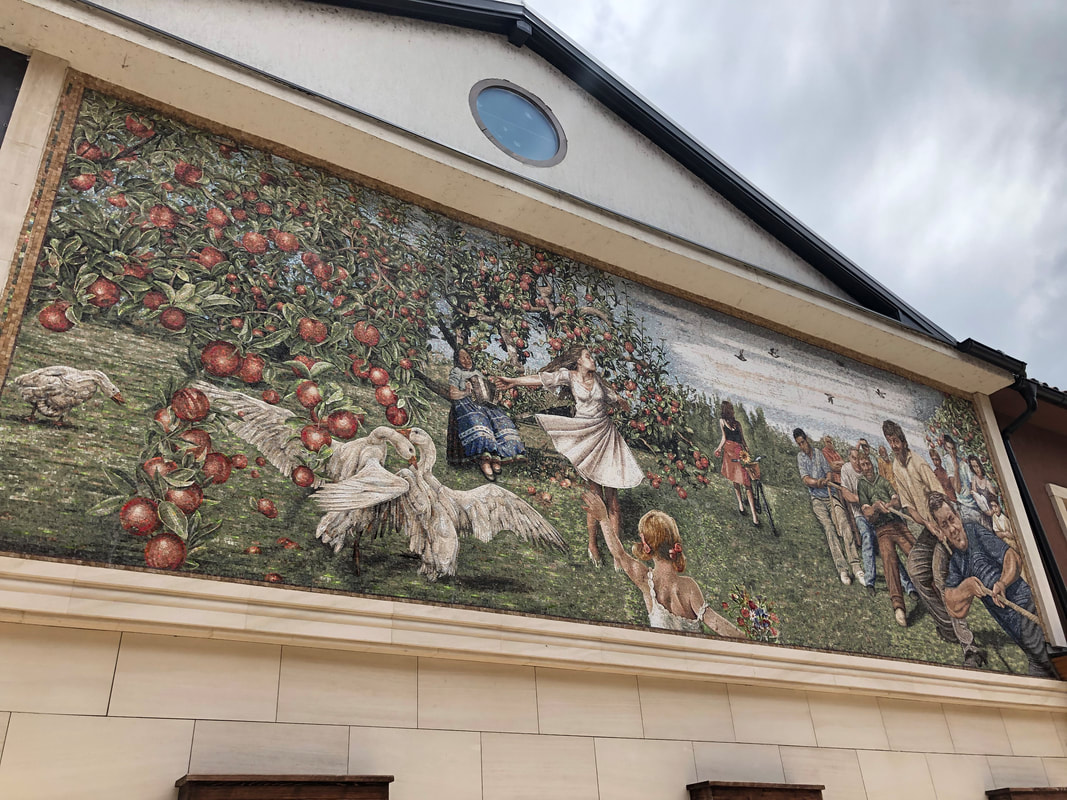 And finally, how cute are these kittens? Just because...kittens. Another highlight of ​Trebinje.
Questions about travelling in Bosnia and Herzegovina? Email us and we will be happy to help!