A Month In Central Argentina

Our journey through Argentina wasn't typical. Most people spend a bit of time in Buenos Aires and then head to the South to explore the amazing glaciers and hikes in Patagonia, or to the north to the equally impressive Lerma Valley. We had one month to get from Buenos Aires to Santiago, Chile, so decided on the route less travelled through the centre of Argentina. 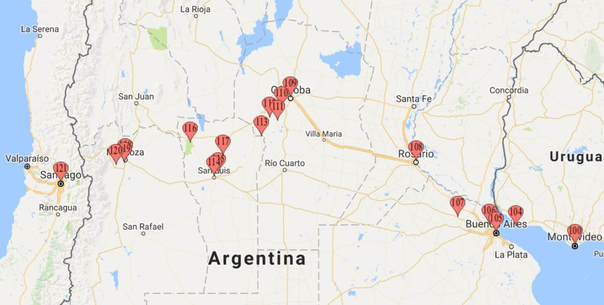 Next we headed Northwest to Rosario. This lesser visited city was a pleasant surprise. One of the main sights is the impressive Monumento Histórico Nacional a la Bandera. Here an eternal flame burns to memorialize the men who have died for their country. From the memorial, a walk along Ave. Belgrano and down Bv. Oroño shows you the main scenic route of the city. 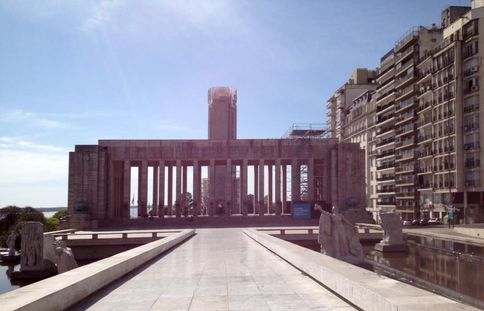 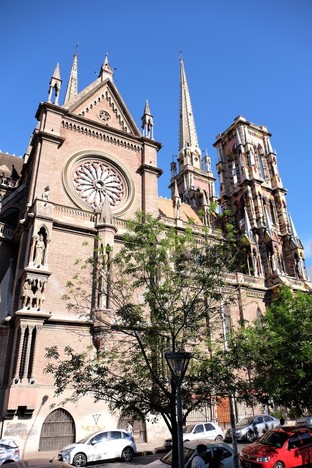 Cordoba is pretty much in the middle (West to East) of Argentina and is a common stop for people exploring the north of the country. It is a big city and has a few nice old building in the centre, near Plaza San Martin. There are a lot of churches, but Iglesia de Los Capuchinos has the most interesting architecture. We spent some time people watching (...ok dog watching) in a few local parks but none of them were that spectacular. Overall, Cordoba is a good place to stop when going from point A to B, but overall the city itself doesn't offer anything truly exceptional.
La Cumbrecita makes a lovely day trip from Villa General Belgrano. An easy one hour bus ride takes you to the start of the pedestrian area where you can follow several trails to visit La Olla (a small swimming hole), Lago de las Truchas (Trout Lake), Cascada Grande (a waterfall) or a slightly longer one hour hike up to Cerro Wank (a 1715m lookout point). The building here are also German inspired and almost every shop has an artesanal cerveza on offer.

From Villa General Belgrano we made out way to Merlo. We needed to switch buses in Rio Cuarto and debated spending a night there en route, but decided against it in the end. We were glad we did upon arrival at the bus station, as the main attraction-the river- was pretty much a dry bed.

Merlo was a much nicer place to explore, with an amazing view of the mountain range between the Cordoba and San Luis provinces. We stopped by the Nature Reserve, but without a hired guide we were limited to exploring the small river and watching a talk by the staff about the birds and animals the park protects (in Spanish). We were lucky to see a few interesting birds and a fox. We started walking up to the Mirador Del Sol and ended up hitchhiking most of the way up because every car was headed in the same direction. The view was impressive and the walk back down to the bus station near the entrance of the Nature Reserve was chilly but beautiful. 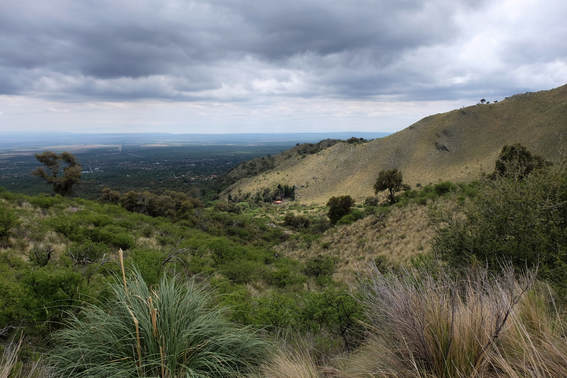 Parque Nacional Sierra de las Quijadas was a definite highlight of Argentina, and seems completely out of place with its red rocks. The park is hard to get to, so we hired a car for a day to explore it and La Carolina. There are three different trails you can hike on your own and additional trails you can do with a guide from the park. We hiked the smaller 20 minute and 1 hour trails, and then did an additional 2 hour return hike to see the dinosaur footprint. The footprint itself isn't that impressive, but the scenery around it and the fact that it still exists there after 120 million years is pretty incredible.

From the National Park, we took the long route back to San Luis by heading East across on highway 20 to Lujan. From there we headed south to San Francisco del Monte de Oro and then on "highway 9" to La Carolina. Highway 9 appears on the map to be a short, easy drive. It is not. This road takes you over the mountain range that resembles the Scottish Highlands, with an array of the smallest, steepest, windiest curves you have ever driven. It took much longer than expected so we didn't get to La Carolina until dusk, but the views from the drive were amazing and something that most people would never experience in Argentina.
Mendoza was our final stop in Argentina and we filled the days with wine and hot springs. We also spent one afternoon in Parque General San Martin with a picnic lunch. There are nice avenues and plazas to explore in the city, but most people come to explore the vineyards slightly outside the city in Chacras de Coria or Maipu.
Questions about travelling in Argentina? Email us and we will be happy to help!